The allegory of the Elphi

The story I’m about to tell you, the one about the adventures of the Elbphilharmonie in Hamburg, reminds me of a lot of projects I’ve worked on as a UX Designer and Front-end Developer.

The Elbphilharmonie, nicknamed Elphi, is a philharmonic hall built on a former warehouse in the port of Hamburg and inaugurated in January 2017. The initial contract between the City Hall of Hamburg, the construction company Hochtief and the architectural firm Herzog & de Meuron estimated a cost of 77 million euros and an opening for 2010. Finally, the hall will open in January 2017 and will cost 865 million euros. Analyse of a poorly managed project !

A project that flows

At the beginning of 2006, the municipality of Hamburg negotiates the work of its next philharmony with the German construction company Hochtief. The first stone is laid in 2007 after only two and a half years of studies and the initial budget of 77 million is revised upwards to reach 241 million euros. The city hall gives its approval, a second stone is laid!

As the months go by, the calendar falls behind schedule, the city demands accountability from the builder who designates the architect’s agency who has not delivered the plans on time. This one returns the ball to him with a long list of defects of construction.

On a classic building site, the builder and the architect’s firm work together on behalf of the client (Hamburg City Hall). But in the case of the philharmony, the city has entered into separate contracts with Hochtief and the architects so that the conflicts between the two are settled only through the city. Ole von Beust, the bourgmestre of the time, should have hired an Agile Coach or a Scrum Master but unfortunately the one who financed the project thought it safer to keep control of communication. Bad idea !

Another problem was that the project started before the plans were completed and the planning actually took place during the works. This situation is also common in the web when development work is initiated when wireframes or prototypes are not finalized or tested.

In November 2011, work was stopped overnight, Hochtief claiming safety risks for his workers. For one year the works remain at a standstill; the roof is not watertight at this time, water is seeping into the insulation, the building starts to decay and the damage amount to several million euros. The cost of construction increases considerably.

In December 2012, Hochtief proposes to assume all the risks related to the site and to resume the work for an additional 200 million euros. The new mayor accepts the offer without actually having the choice and the taxpayer is delighted.

The building will finally open 7 years after the planned date and for a cost multiplied by 11. An investigation opened a few months later concluded that the position of the town hall as an exclusive intermediary and the premature launch of the call for tenders led to the fiasco of the site. 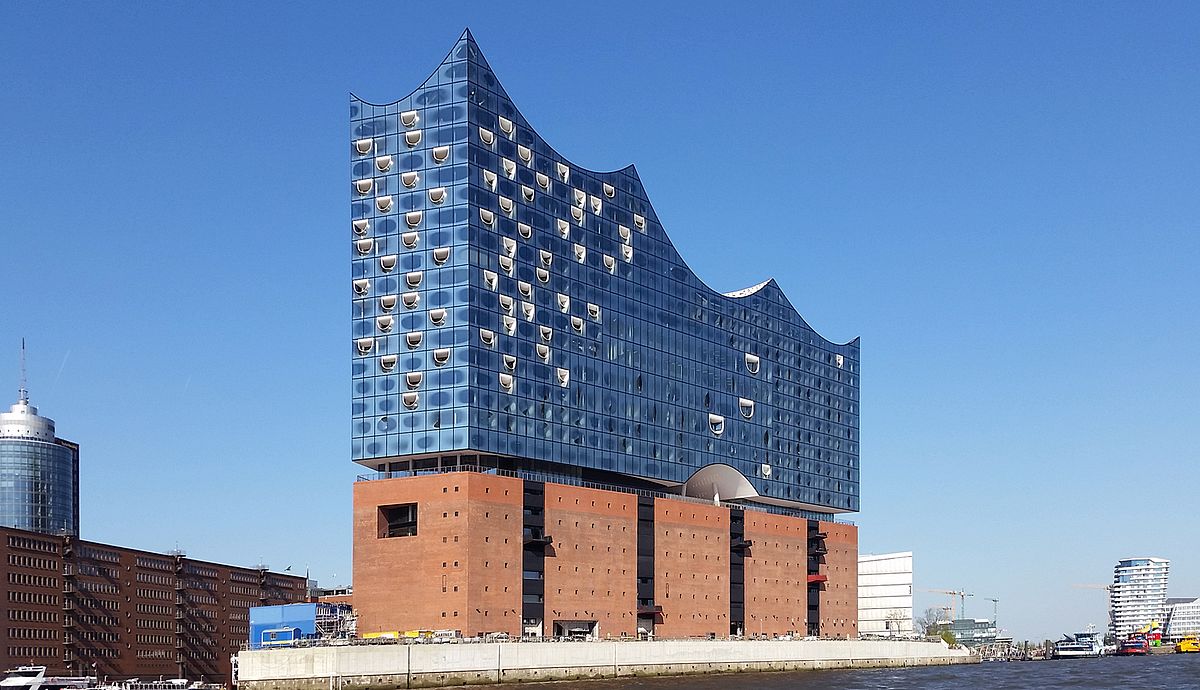 This story, The allegory of the Elphi, I often tell clients wanting to go headlong into the development stages. There is no point running ; to ensure the consistency of the itineraries, good ergonomics, impeccable usability, a tested and optimal experience are all points to be secured before laying the first stones.

Making adjustments as you go is rarely a viable solution. If foundations are not stable, small adaptations of clogging will not solve deeper problems - this, in my opinion, is the main challenge to be faced in Agile UX - and this is what catalysed the problems of the site of the Elphi and entailed a bitter and bitter bill for the Hamburgers.

Architect Louis Kahn defined architecture as “the reflected realization of space”. The same goes for the design of a digital interface. An Internet project and an architectural project have much in common. Whether we speak of HMI in computer science (Human-Machine Interactions) or HEI in architecture (Human-Environment Interactions), both focus on the optimization of space, both have a vocation to be visually agreeable, usable, useful and, for the most optimistic, places of personal fulfillment.

Moreover, it can be emphasized that the care to be taken in this spatiology - the Science of living space according to the Belgian architect Marc Crunelle - has increased in the Internet with the arrival of the Responsive Web Design (term inspired by the Responsive Architecture).

The success of a project often depends on good communication. The case of Elphi is not isolated; mistrust and lack of communication precipitated his failure. As decision-makers are not always in the best position to analyze a situation, it is important that all voices are heard and understood, from collaborators to user feedback: recommendations, needs, constraints, frustrations, obstacles, etc.

By focusing on the latter, the UX approach has made it possible to decentralize the organization of projects. There are, however, a few situations in which to make oneself heard is difficult, even for a renowned architectural firm. Nevertheless, the UX specialist and his Agile luggage in hand must systematically establish the basis for healthy multiparty communication, even if it means upsetting habits and perhaps appearing seditious.

“Architecture is a turn of mind and not a profession.” said Le Corbusier. The same goes for anyone who naturally integrates individuals and interactions in his work, like the professions of the UX.